Go And Wipe My Name Fr0m The Statue

The founder of Atta Mills Institute, Samuel Koku Anyidoho has sent a bold message to persons who are calling for the removal of his name from a newly designed statue of the late Atta Mills.

Speaking on Okay FM this morning, Samuel Koku Anyidoho revealed that some members of the opposition are strongly calling on government to wipe off his name which is written on Atta Mills statue at the Asomdwee Park.

Koku Anyidoho made it clear to the critics that they should go and wipe it off. According to him, he sees nothing wrong when his name is captured on the statu as one of the individuals who helped to make the Asomdwee Park a very attractive one. 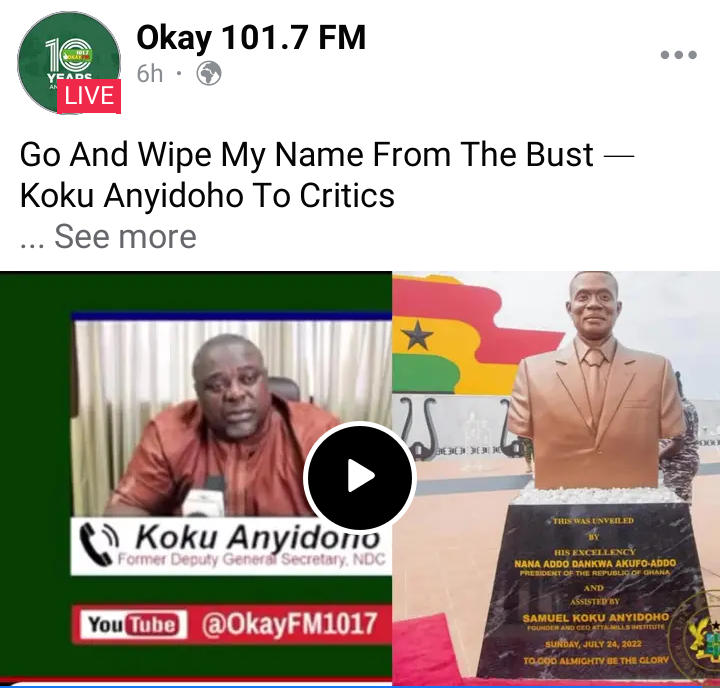 This comes after some members of the NDC and other concerned citizens raised an issue that Atta Mills name is absent from his own statue but rather the president and Koku Anyidoho’,s name have been captured on the statue.